The wrenthrush or Zeledonia (Zeledonia coronata) is a unique species of nine-primaried oscine which is endemic to Costa Rica and western Panama. Neither a wren nor a thrush (and unrelated to both), it has a short tail, rounded wings and elongated tarsi.

It is the only species in the genus Zeledonia, whose relations have been uncertain, but are now coming into focus. It is sometimes placed in its own family (which is supported by recent genetic data) or (erroneously) with the thrushes. It is currently placed by some authorities in the New World warbler family, an arrangement which has also been shown to be incorrect via recent data. 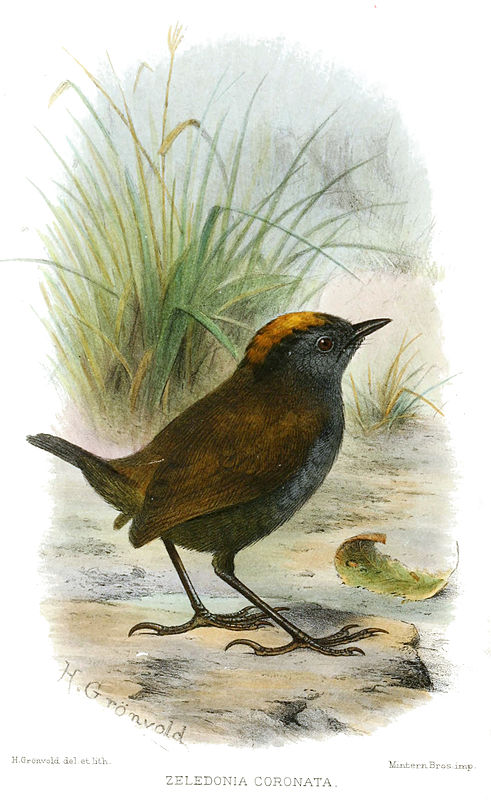