The long-tailed paradise whydah or eastern paradise whydah (Vidua paradisaea) is a small brown sparrow-like bird of Eastern Africa, from eastern South Sudan to southern Angola. During the breeding season the male moults into breeding plumage that consists of a black head and back, rusty brown breast, bright yellow nape, and buffy white abdomen with broad, elongated black tail feathers up to 36 cm long (approximately three times the length of its body). Males and females are almost indistinguishable outside of the breeding season.

Although difficult to breed in captivity because of their brood parasitic nature, these finches, particularly the males, are sold as pets in the United States and other countries. When breeding these birds in captivity, a single male is usually given access to multiple females and each female needs access to multiple active green-winged pytilia nests.

Widespread throughout its large range, the long-tailed paradise whydah is evaluated as Least Concern on the IUCN Red List of Threatened Species. 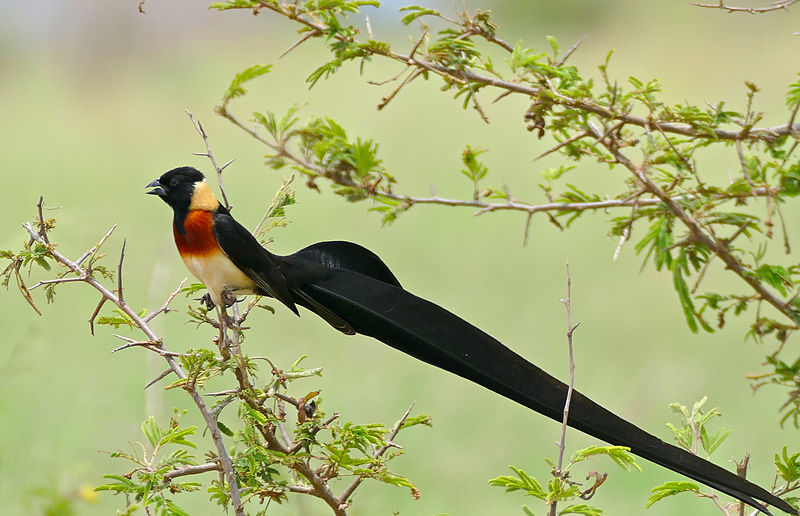