The river lapwing (Vanellus duvaucelii) is a lapwing species which breeds from the Indian Subcontinent eastwards to Southeast Asia. It range includes much of northern and northeastern India, stretching towards Myanmar, to Cambodia, Thailand and Vietnam. It appears to be entirely sedentary. Formerly also called spur-winged lapwing, this name is better reserved for one of the "spur-winged plovers" of old, Vanellus spinosus of Africa, whose scientific name it literally translates. The masked lapwing of Australasia was at one time also called "spur-winged plover", completing the name confusion - particularly as none of these is a plover in the strict sense.

This species resembles the closely related spur-winged lapwing of Africa, and has sometimes been considered conspecific. The species name commemorates Alfred Duvaucel. 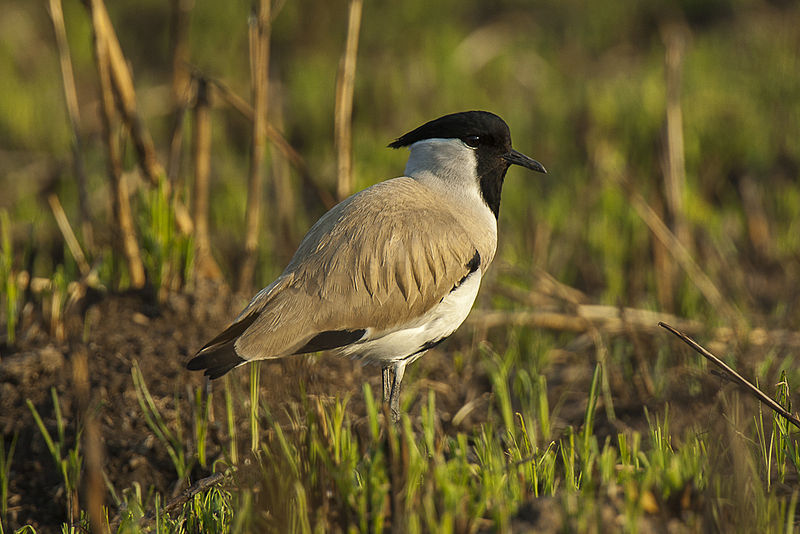