The blue waxbill (Uraeginthus angolensis), also called blue-breasted cordon-bleu, is a common species of estrildid finch found in Southern Africa. The powder-blue face, breast and flanks are diagnostic. Female is dowdier than male but also shows blue underparts. Call is a soft 'seee-seee', often repeated as bird flits through the lower parts of bush and scrub. It has an estimated global extent of occurrence of 3,600,000 km².

It is found in Angola, Botswana, Burundi, the Republic of Congo, the Democratic Republic of the Congo, Kenya, Malawi, Mozambique, Namibia, São Tomé and Príncipe, South Africa, Swaziland, Tanzania, Zambia and Zimbabwe. The status of the species is evaluated as Least Concern. 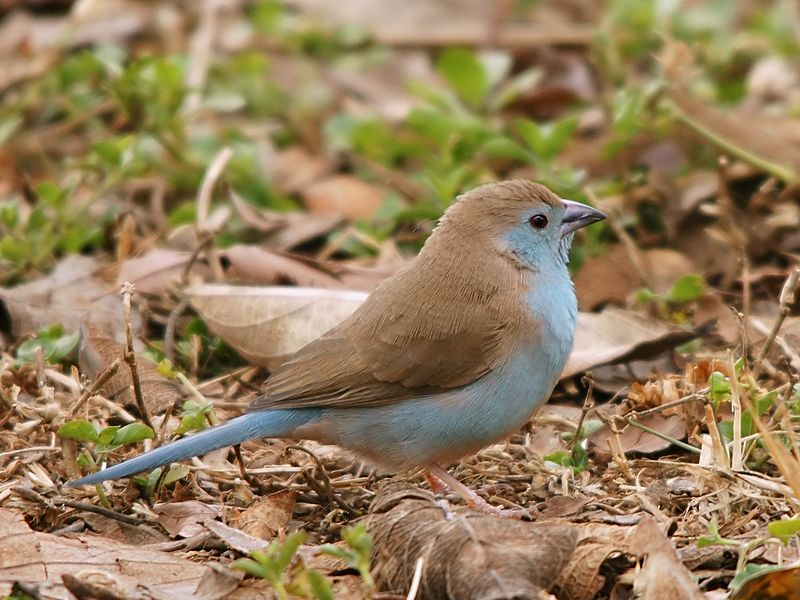