The common starling (Sturnus vulgaris), also known as the European starling, or in the British Isles just the starling, is a medium-sized passerine bird in the starling family, Sturnidae. It is about 20 cm (8 in) long and has glossy black plumage with a metallic sheen, which is speckled with white at some times of year. The legs are pink and the bill is black in winter and yellow in summer; young birds have browner plumage than the adults. It is a noisy bird, especially in communal roosts and other gregarious situations, with an unmusical but varied song. Its gift for mimicry has been noted in literature including the Mabinogion and the works of Pliny the Elder and William Shakespeare.

The common starling has about a dozen subspecies breeding in open habitats across its native range in temperate Europe and western Asia, and it has been introduced to Australia, New Zealand, Canada, United States, Mexico, Peru, Argentina, the Falkland Islands, Brazil, Chile, Uruguay, South Africa and Fiji. This bird is resident in southern and western Europe and southwestern Asia, while northeastern populations migrate south and west in winter within the breeding range and also further south to Iberia and North Africa. The common starling builds an untidy nest in a natural or artificial cavity in which four or five glossy, pale blue eggs are laid. These take two weeks to hatch and the young remain in the nest for another three weeks. There are normally one or two breeding attempts each year. This species is omnivorous, taking a wide range of invertebrates, as well as seeds and fruit. It is hunted by various mammals and birds of prey, and is host to a range of external and internal parasites.

Large flocks typical of this species can be beneficial to agriculture by controlling invertebrate pests; however, starlings can also be pests themselves when they feed on fruit and sprouting crops. Common starlings may also be a nuisance through the noise and mess caused by their large urban roosts. Introduced populations in particular have been subjected to a range of controls, including culling, but these have had limited success except in preventing the colonisation of Western Australia. The species has declined in numbers in parts of northern and western Europe since the 1980s due to fewer grassland invertebrates being available as food for growing chicks. Despite this, its huge global population is not thought to be declining significantly, so the common starling is classified as being of least concern by the International Union for Conservation of Nature. 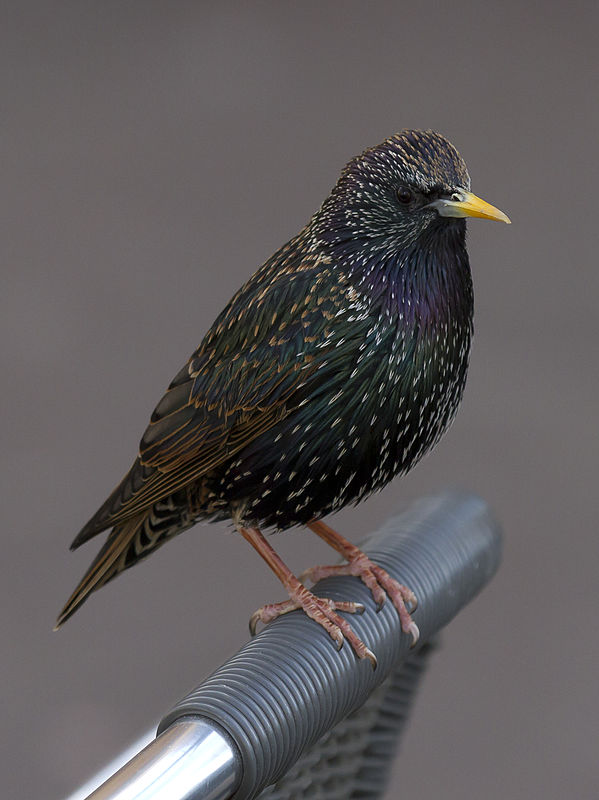