The Indian nuthatch (Sitta castanea) is a species of bird in the Sittidae family. It is found in India.

This species has been split by Rasmussen and Anderton (2005) from the chestnut-bellied nuthatch. The Indian nuthatch (including the older prateri of the Eastern Ghats) is found South of the Ganges river. It is the only grey-backed, rufous-bellied nuthatch in the peninsula. Similar to the next but has a smaller bill and a frosty crown that is paler than the mantle. The wing and tail patterns lack contrast and has grey centres to the chestnut undertail coverts. Resident in the Terai and Gangetic plain extending into Central India, the Eastern Ghats, Sunderbans and a disjunct population in the Western Ghats. Breeds from February to July. Different in vocalization from the next. 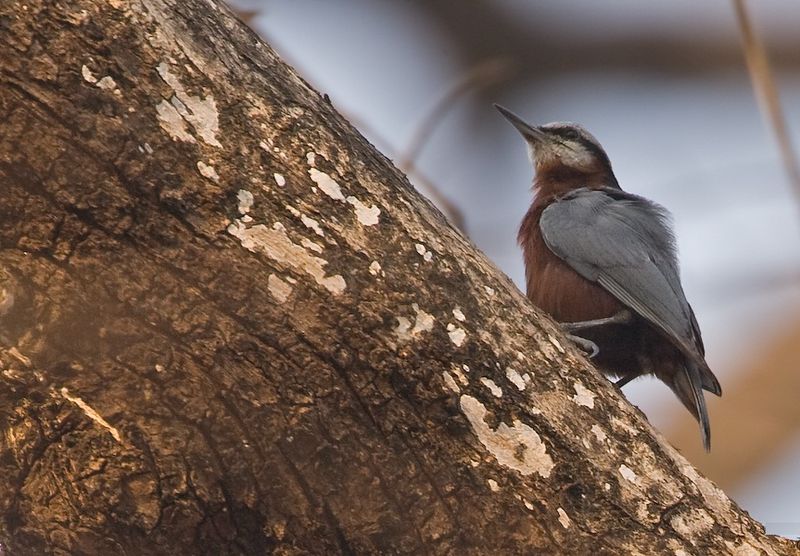