The eastern bluebird (Sialia sialis) is a small bird found in open woodlands, farmlands, and orchards. It is the state bird of Missouri and New York.

This species measures 16–21 cm (6.3–8.3 in) long, spans 25–32 cm (9.8–12.6 in) across the wings, and weighs 27–34 g (0.95–1.20 oz). Eastern bluebirds are found east of the Rockies, southern Canada to the Gulf states, and southeastern Arizona to Nicaragua. The increase in trees throughout the Great Plains during the past century due to fire suppression and tree planting facilitated the western range expansion of the eastern bluebird as well as range expansions of many other species of birds.

The bright-blue breeding plumage of the male, easily observed on a wire or open perch, makes this species a favorite of birders. The male's call includes sometimes soft warbles of 'jeew' or 'chir-wi' or the melodious song 'chiti WEEW wewidoo'. 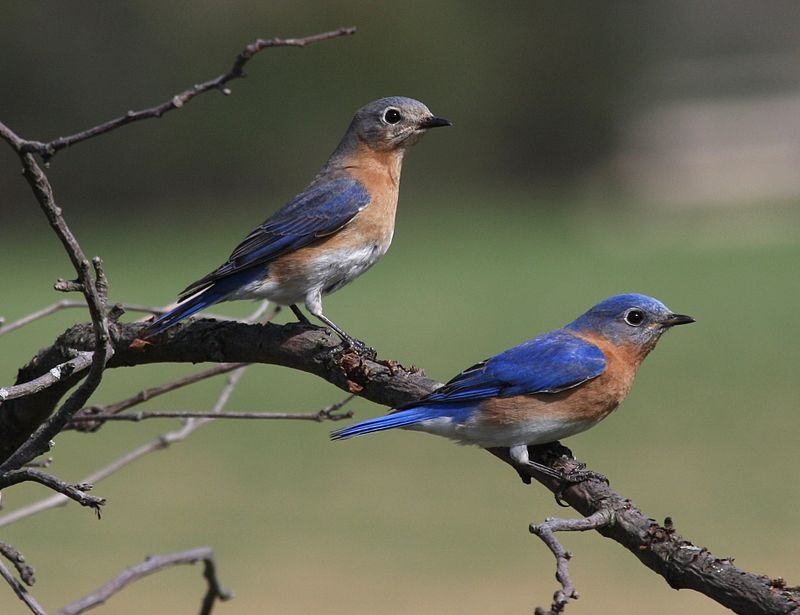