The African stonechat or common stonechat (Saxicola torquatus) is a species of the Old World flycatcher family (Muscicapidae), inhabiting sub-Saharan Africa and adjacent regions. Like the other chats, it was long assigned to the thrush family (Turdidae), to which the chats are convergent. Its scientific name refer to its appearance and habitat and means "collared rock-dweller": Saxicola from Latin saxum ("rock") + incola ("one who dwells in a place"), torquatus, Latin for "collared".

In the past S. torquatus usually referred to the entire "common stonechat" superspecies and some sources still keep it that way, but all available evidence strongly supports full species status for the European (S. rubicola) and the Siberian stonechat (S. maurus) of temperate Eurasia, in addition to the island-endemics Fuerteventura chat (S. dacotiae) and Réunion stonechat (S. tectes) which were never unequivocally accepted into S. torquata. The Madagascan stonechat is also considered distinct. In addition, the well-marked populations of the Horn of Africa uplands may well qualify for an additional species. 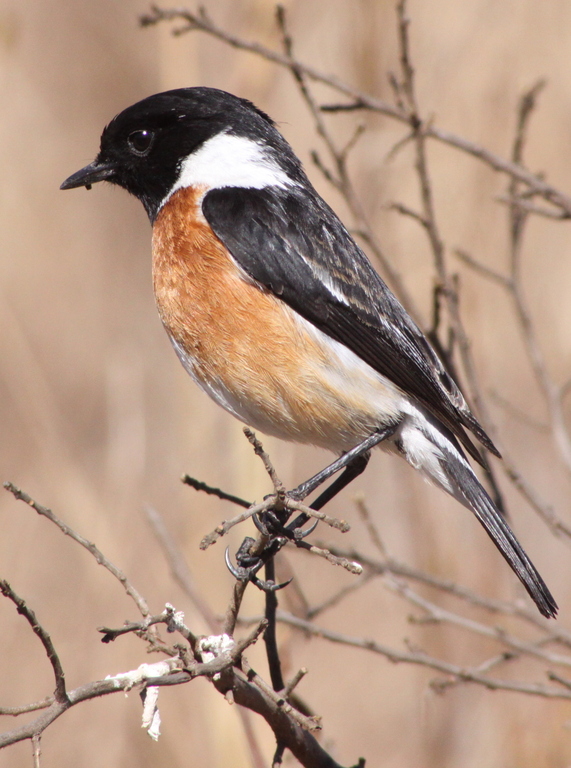