The knob-billed duck (Sarkidiornis melanotos), or comb duck, is an unusual, pan-tropical duck, found in tropical wetlands in sub-Saharan Africa, Madagascar and south Asia from Pakistan to Laos and extreme southern China. It also occurs in continental South America south to the Paraguay River region in eastern Paraguay, southeastern Brazil and the extreme northeast of Argentina, and as a vagrant on Trinidad.

It is the only known species of the genus Sarkidiornis. The supposed extinct "Mauritian comb duck" is based on misidentified remains of the Mauritian shelduck (Alopochen mauritianus); this was realized as early as 1897, but the mistaken identity can still occasionally be found in recent sources. 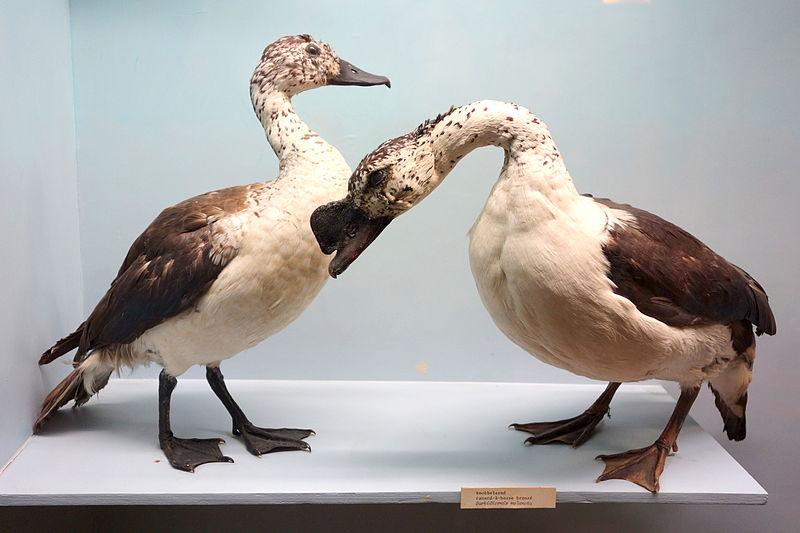