The secretarybird or secretary bird (Sagittarius serpentarius) is a very large, mostly terrestrial bird of prey. Endemic to Africa, it is usually found in the open grasslands and savannah of the sub-Saharan region. Although a member of the order Accipitriformes, which also includes many other diurnal raptors such as kites, hawks, vultures, and harriers, it is given its own family, Sagittariidae.

It appears on the coats of arms of Sudan and South Africa. 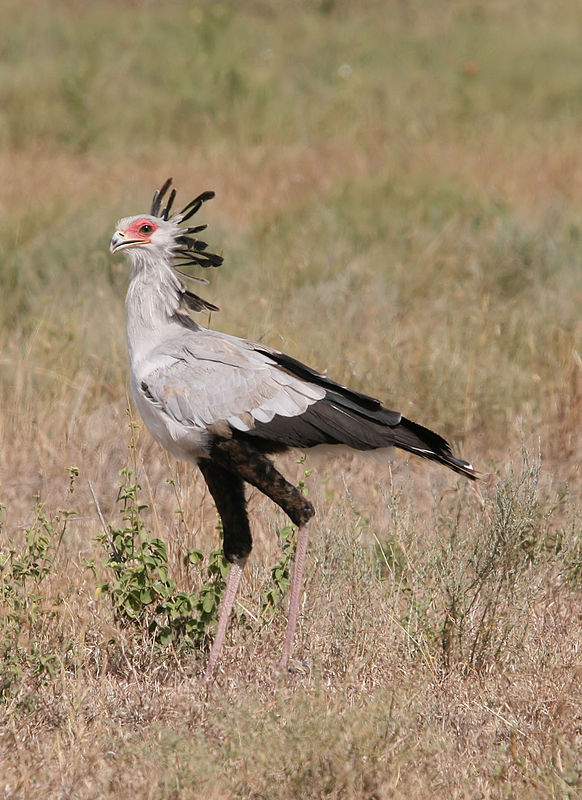