The black-legged kittiwake (Rissa tridactyla) is a seabird species in the gull family Laridae.

This species was first described by Linnaeus in his Systema naturae in 1758 as Larus tridactylus. The English name is derived from its call, a shrill 'kittee-wa-aaake, kitte-wa-aaake'. The genus name Rissa is from the Icelandic name Rita for this bird, and the specific tridactyla is from Ancient Greek tridaktulos, "three-toed", from tri-, "three-" and daktulos, "toe".

In North America, this species is known as the black-legged kittiwake to differentiate it from the red-legged kittiwake, but in Europe, where it is the only member of the genus, it is often known just as kittiwake. 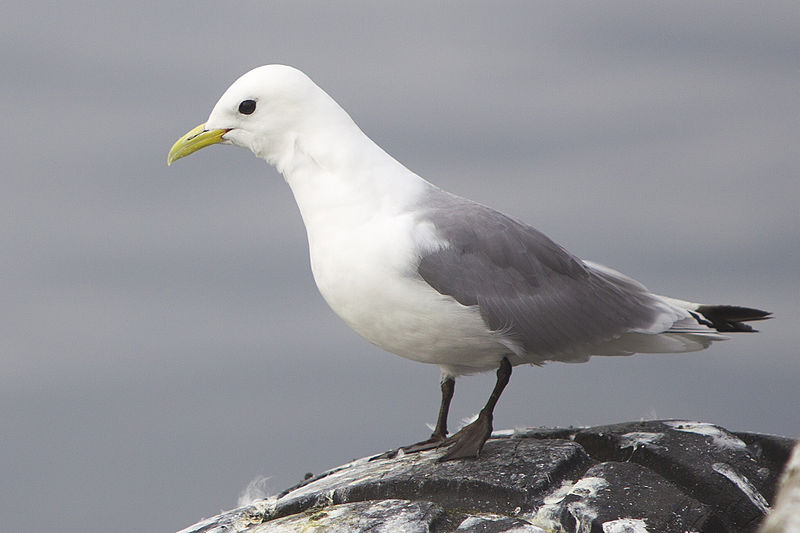