Ridgway's rail (Rallus obsoletus) is an endangered species of bird. It is found principally in California's San Francisco Bay to southern Baja California. A member of the rail family, Rallidae, it is a chicken-sized bird that rarely flies.

This species is closely related to the clapper rail, and until recently was considered a subspecies. It has a long, downward curving bill and is grayish brown with a pale chestnut breast and conspicuous whitish rump patch. The population levels of Ridgway's rail are precariously low due to destruction of its coastal and estuarine marshland habitat by prior land development and shoreline fill. It has year-long, circadian activity and is most vocal nocturnally and crepuscularly. 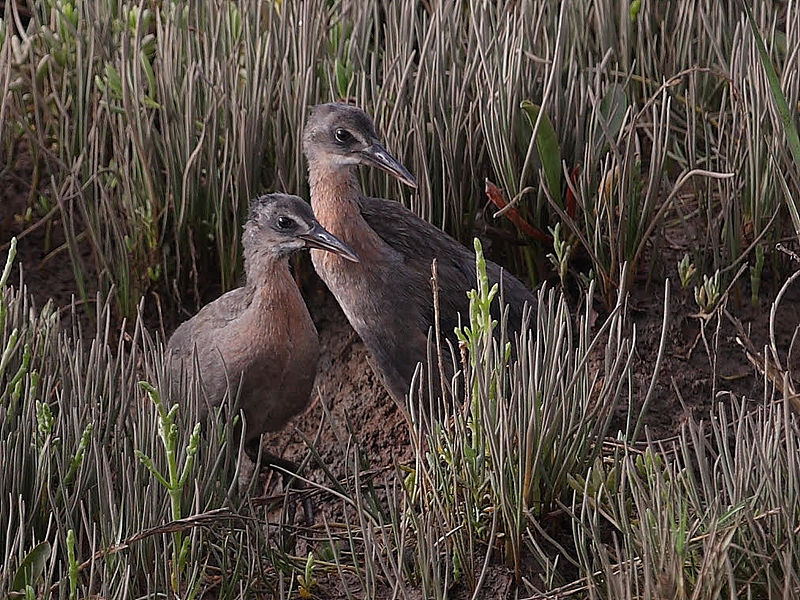