The green-winged pytilia (Pytilia melba) is a common species of estrildid finch found in Africa. It has an estimated global extent of occurrence of 6,000,000 square kilometres (2,300,000 sq mi).

It is found in most of Africa south of the Sahara. It has two subspecies groups, nominate melba in the south and the northerly citerior, which are sometimes treated as separate species. Usually, additional subspecies are recognized within these two groups. 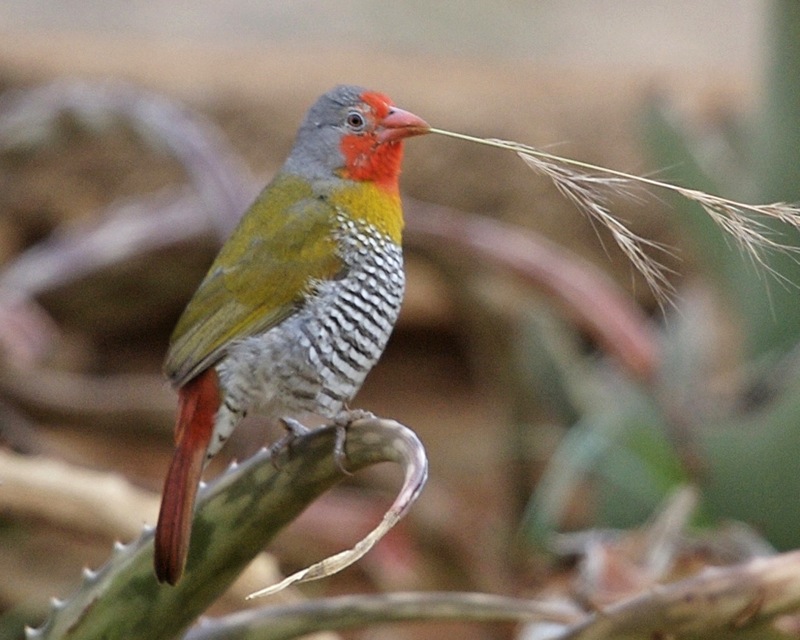