The chestnut-bellied sandgrouse (Pterocles exustus) is a species of sandgrouse. They are found in sparse, bushy, arid land which is common in central and northern Africa, and southern Asia. Though they live in hot, arid climates, they are highly reliant on water. They have been known to travel up to 80 kilometres (50 mi) in one day in search of water. All species of sandgrouse that have been studied in habitat have proved to entirely vegetarian throughout their lives, specialising in leguminous weed seeds and seldom eating grass seeds.

In the 1960s many birds were captured using clap traps from Rajasthan in India and introduced into Nevada. They have also been introduced to Hawaii.

A subspecies, P. e. floweri, was last seen in the Nile Valley of Egypt in 1979. It is thought to be extinct, but the reasons for this are unknown. 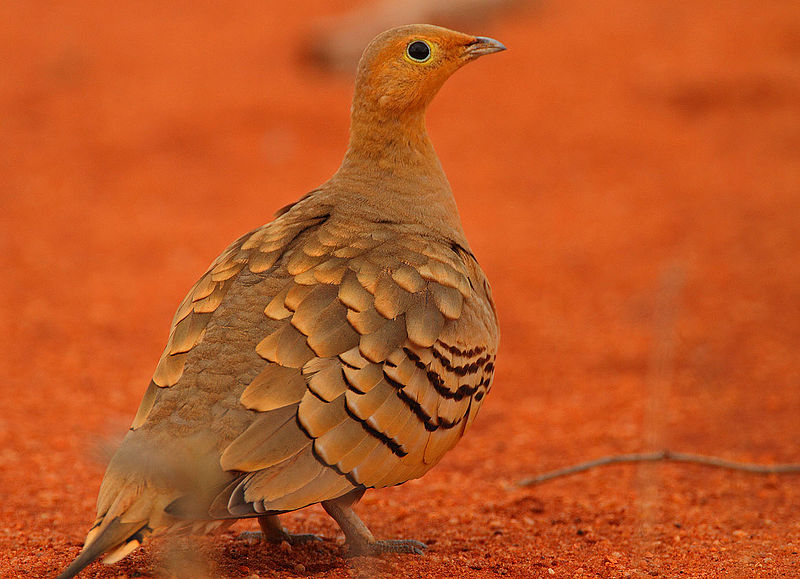