The Alexandrine parakeet or Alexandrian parrot (Psittacula eupatria) is a member of the psittaciformes order and of the family Psittaculidae. The species is named after Alexander the Great, who is credited with the exporting of numerous specimens of this bird from Punjab into various European and Mediterranean countries and regions, where they were considered prized possessions for the nobles, royalty & warlords.

The species name eupatria has its origins from Greek. Where the prefix eu translates into good or noble and the suffix patria is a Greek word translating as either fatherland or ancestry. Consequently, the species' scientific name means something in the line "of noble ancestry", "of noble fatherland" or "of noble nation".

The species has naturalized itself in numerous European countries. Particularly in Germany, in the south of England, in Belgium, in Greece, in western Turkey and in the Netherlands where it generally lives amongst or alongside flocks of naturalized Psittacula krameri (ringnecked or rose-ringed parakeet).

The Alexandrine parakeet's natural call heard here; is a powerful screech but deeper than that of its very close-relative the rose-ringnecked or rose-ringed parakeet. 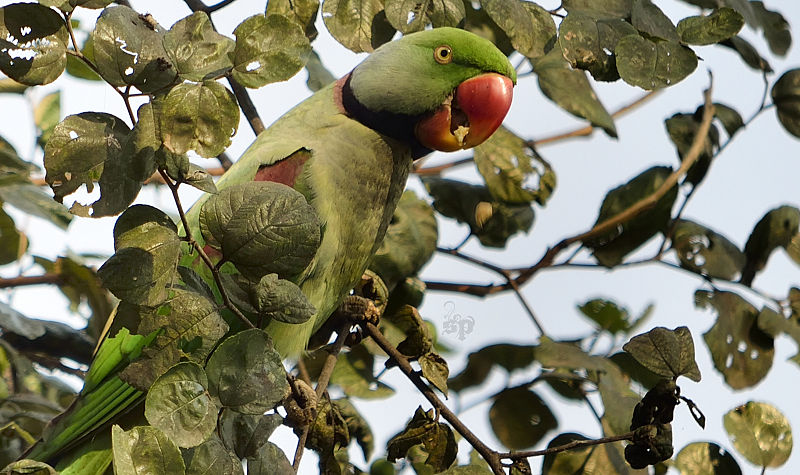