The blue-gray gnatcatcher (Polioptila caerulea) is a very small songbird, 10–13 cm (3.9–5.1 in) in length and weighing only 5–7 g (0.18–0.25 oz). Adult males are blue-gray on the upperparts with white underparts, have a slender dark bill, and a long black tail edged in white. Females are less blue. Both sexes have a white eye ring.

The blue-gray gnatcatcher's breeding habitat includes open deciduous woods and shrublands in southern Ontario, the eastern and southwestern United States, and Mexico. Though gnatcatcher species are common and increasing in number while expanding to the northeast, it is the only one to breed in Eastern North America. They build a cone-like nest on a horizontal tree branch. The incubation period is 13 days for both sexes. Both parents construct the nest and feed the young; they may raise two broods in a season.

They forage actively in trees or shrubs, mainly eating insects, insect eggs and spiders. They may hover over foliage (gleaning), or fly to catch insects in flight (hawking).

The tail is often held upright while defending territory or searching for food. 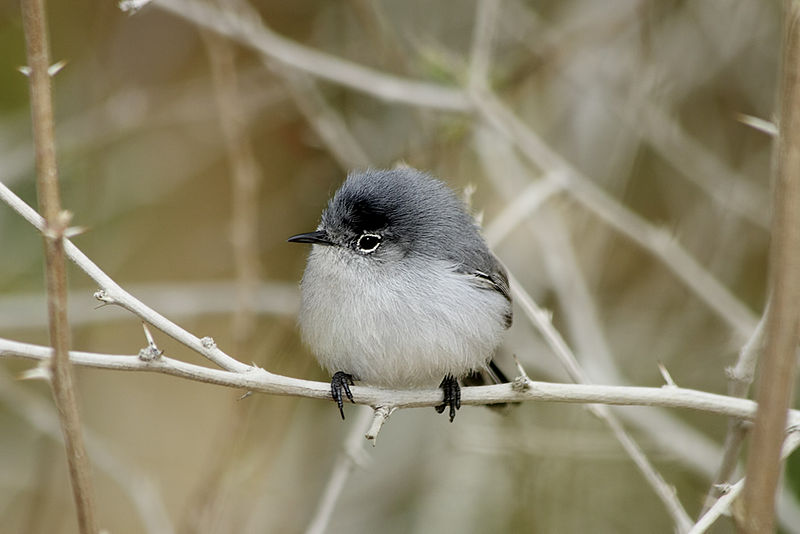