The Cape sparrow or mossie (Passer melanurus) is a bird of the sparrow family Passeridae found in southern Africa. A medium-sized sparrow at 14–16 centimetres (5.5–6.3 in), it has distinctive plumage including large pale head stripes. Both sexes are mostly coloured grey, brown, and chestnut, and the male has some black and white markings on its head and neck. It inhabits semi-arid savannah, cultivated areas, and towns, and ranges from the central coast of Angola to eastern South Africa and Swaziland. Three subspecies are distinguished.

Cape sparrows are primarily granivorous, and also eat soft plant parts and insects. The birds typically breed in colonies and gather in large, often nomadic flocks while not breeding. The nest can be constructed in a variety of locations, in a tree or a bush in a hole or an empty nest of another species. A typical clutch contains three or four eggs, and both parents are involved in breeding from nest building to feeding young. The Cape sparrow is common in most of its range and coexists successfully in urban habitats with two of its relatives, the introduced house sparrow and native southern grey-headed sparrow. The population has not been recorded decreasing significantly, so according to the IUCN Red List the species is not threatened. 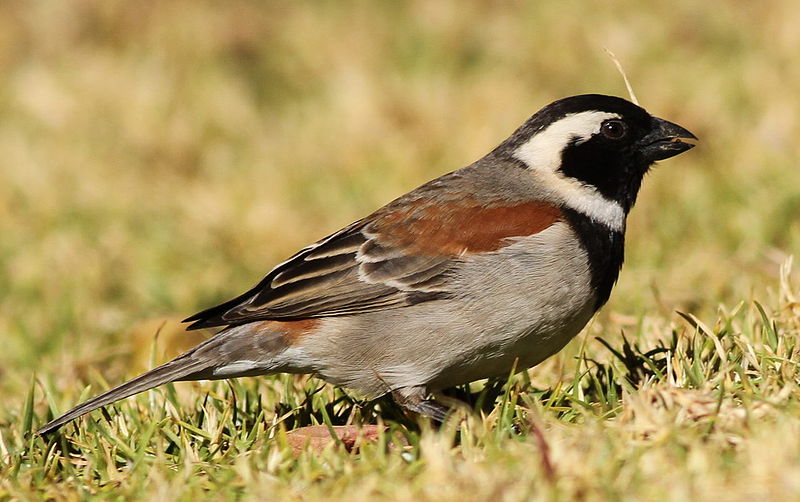