The isabelline wheatear (Oenanthe isabellina) is a small passerine bird that was formerly classed as a member of the thrush family Turdidae, but is now more generally considered to be an Old World flycatcher in the family Muscicapidae. It is a migratory insectivorous bird. Its habitat is steppe and open countryside and it breeds in southern Russia and central Asia to northern Pakistan, wintering in Africa and northwestern India. It is a very rare vagrant to western Europe.

In colouring it resembles a female northern wheatear but it is larger at 15–16.5 centimetres (5.9–6.5 in) in length, more upright and more tawny in colour, and has more black on its tail. The term isabelline refers to the parchment-like colouration. The axillaries and underwing coverts are white, whereas in the commoner bird they are mottled with grey. The sexes are similar. 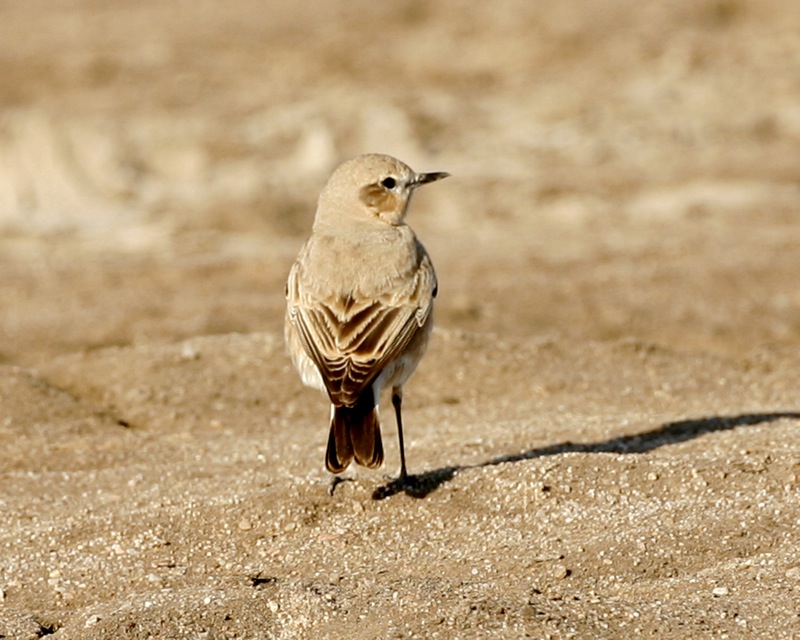