The common rock thrush (Monticola saxatilis), formerly rufous-tailed rock thrush or rock thrush, is a chat belonging to the family Muscicapidae. It was formerly placed in the family Turdidae. The scientific name is from Latin. Monticola is from mons, montis "mountain", and colere, "to dwell", and saxatilis means "rock-frequenting", from saxum, "stone" .

It breeds in southern Europe across central Asia to northern China. This species is strongly migratory, all populations wintering in Africa south of the Sahara. It is an uncommon visitor to northern Europe. Its range has contracted somewhat at the periphery in recent decades due to habitat destruction. For example, in the early 20th century it bred in the Jura Krakowsko-Częstochowska (Poland) where none occur today, but it is not considered globally endangered. 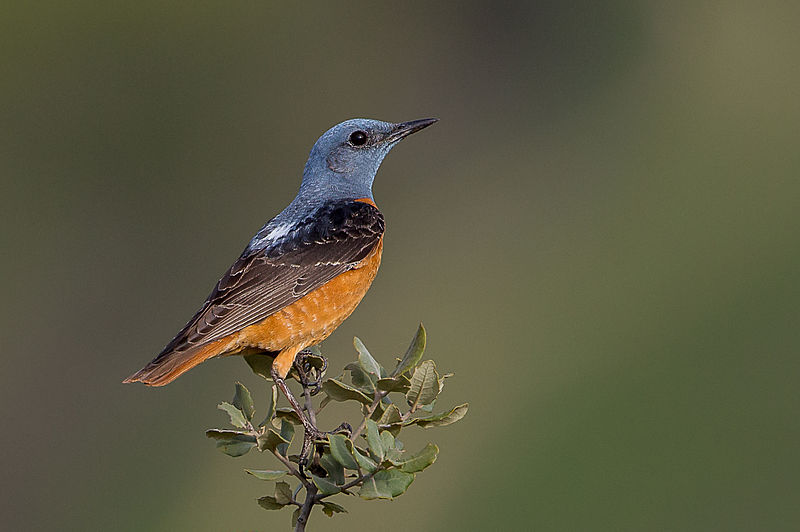