The black-and-white warbler (Mniotilta varia) is a species of New World warbler, the only member of its genus, Mniotilta. The genus name is from Ancient Greek mnion, "seaweed", and tillo, "to pluck"; Vieillot mistranslated the first word as "moss". The specific varia is from Latin varius, "variegated".

It breeds in northern and eastern North America from the Northwest Territory and Newfoundland and Labrador, Canada to Florida. This species is migratory, wintering in Florida, Central America and the West Indies down to Peru. This species is a very rare vagrant to western Europe.

This species is 14 cm (6 in) long and weighs 11 g (0.39 oz). The summer male black-and-white warbler is boldly streaked in black and white, and the bird has been described as a flying humbug. There are two white wing bars. Female and juvenile plumages are similar, but duller and less streaked.

The breeding habitat is broadleaved or mixed woodland, preferably in wetter areas. Black-and-white warblers nest on the ground, laying 4–5 eggs in a cup nest.

This bird feeds on insects and spiders, and unlike other warblers, forages like a nuthatch, moving up and down tree trunks and along branches. 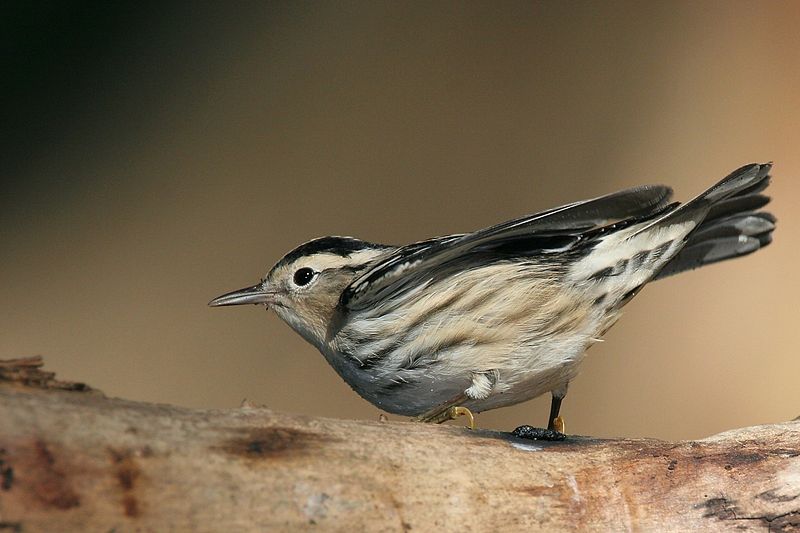