The northern mockingbird is known for its intelligence and has also been noted in North American culture. A 2009 study showed that the bird was able to recognize individual humans, particularly noting those who had previously been intruders or threats. Also birds recognize their breeding spots and return to areas in which they had greatest success in previous years. Urban birds are more likely to demonstrate this behavior. Finally, the mockingbird has influenced United States culture in multiple ways. The bird is a state bird of five different states, has been used in book titles, and has also been used in popular songs and lullabies among other appearances in U.S. culture. 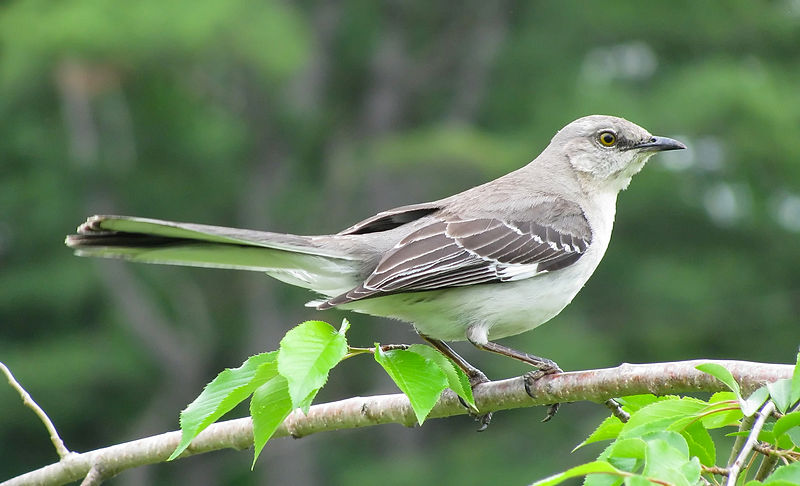