The common merganser (North American) or goosander (Eurasian) (Mergus merganser) is a large duck of rivers and lakes in forested areas of Europe, northern and central Asia, and North America. The genus name is a Latin word used by Pliny and other Roman authors to refer to an unspecified waterbird, and merganser is derived from mergus and anser, Latin for "goose"

The common merganser eats fish and nests in holes in trees. John James Audubon also used the name "Buff-breasted Merganser" (in addition to "goosander") in his book The Birds of America. 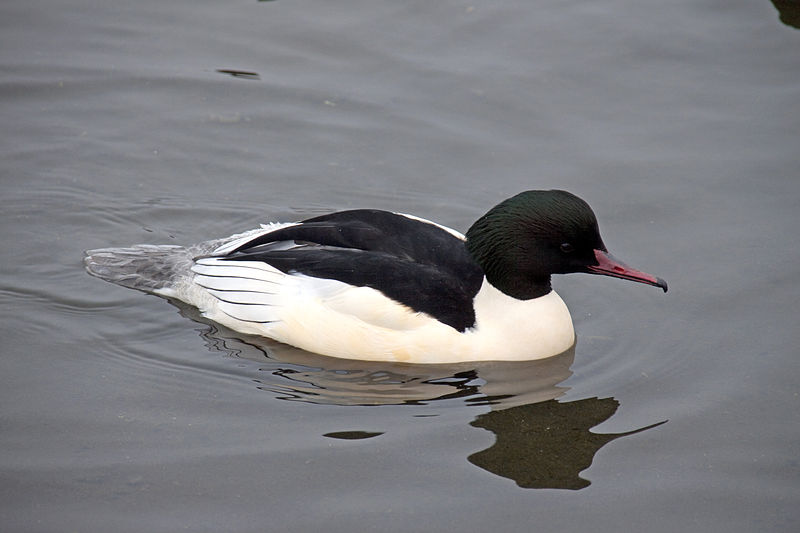