The African firefinch (Lagonosticta rubricata), also called the blue-billed firefinch due to the color of its bill, is a common species of estrildid finch found in almost all parts of Africa. It has an estimated global extent of occurrence of 5,400,000 km2. 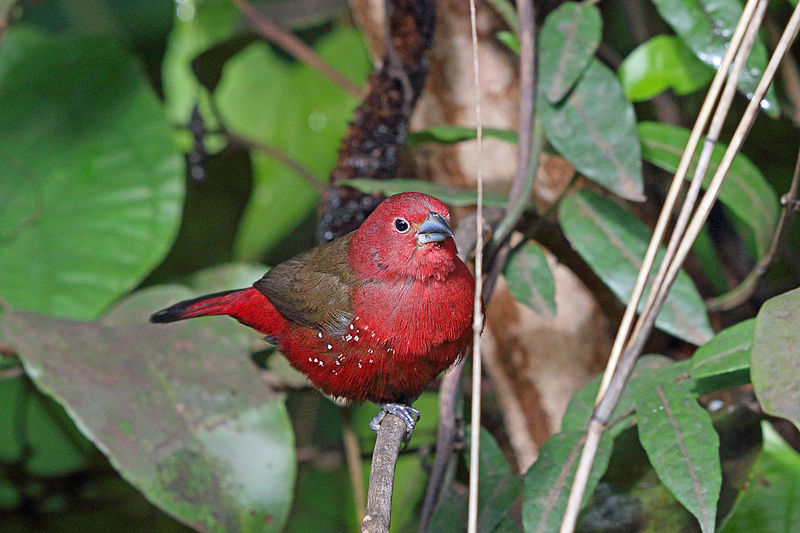