Sykes's warbler (Iduna rama) is an Old World warbler in the tree warbler family. It was formerly considered a subspecies of the booted warbler, but is now considered a full species. Its breeding range is from northeast Arabia to Afghanistan. Like the booted warbler, many populations of the species migrate in winter to the Indian subcontinent as far south as Sri Lanka.

There are differences in the nesting and egg morphology between rama and caligata. It has been suggested that the rama group can be separated from Hippolais and the older genus name of Iduna was proposed and molecular data supporting the Iduna clade was found in 2009.

It is a small passerine found in open country with bushes and other tall vegetation. 3-4 eggs are laid in a nest in a bush or vegetation. Like most warblers they are insectivorous.

It is a small warbler, especially compared to others in their genus. They are pale brown (weak tea colour) above and whitish below with buff flanks. The outer tail feathers have pale edges. They have a short pale supercilium, and the bill is strong and pointed. Sykes's is larger and greyer than booted, and most resembles an eastern olivaceous warbler.

The English name commemorates the Colonel William Henry Skyes who served in the British military in India. Keyserling and Blasius gave no explanation of the genus name Iduna. The specific rama is from Hindu mythology; Rama was an incarnation of Vishnu. 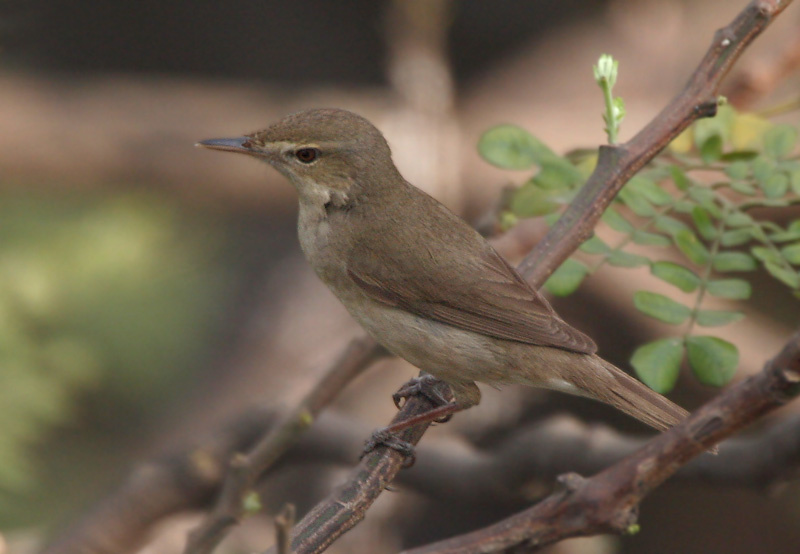