The Baltimore oriole (Icterus galbula) is a small icterid blackbird common in eastern North America as a migratory breeding bird. It received its name from the resemblance of the male's colors to those on the coat-of-arms of Lord Baltimore. Observations of interbreeding between the Baltimore oriole and the western Bullock's oriole, Icterus bullockii, led to both being classified as a single species, called the northern oriole, from 1973-1995. Research by James Rising, a professor of zoology at the University of Toronto, and others showed that the two birds actually did not interbreed significantly.

The Baltimore oriole is the state bird of Maryland. It is also the inspiration for the Baltimore Orioles baseball team. 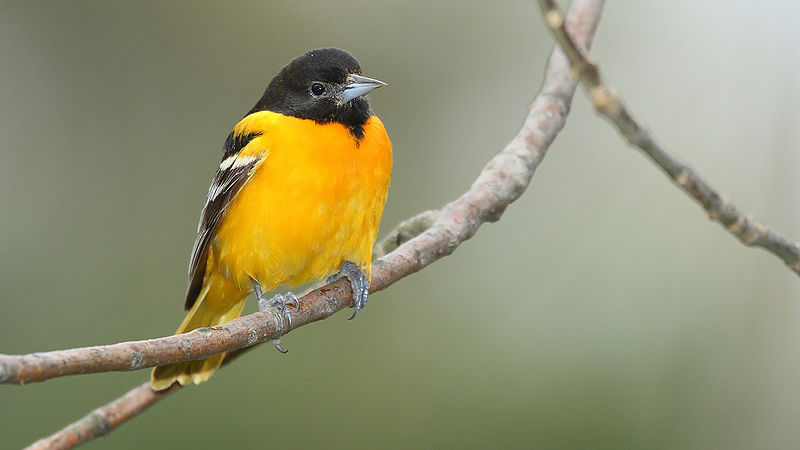