The striped kingfisher (Halcyon chelicuti) is a species of bird in the tree kingfisher subfamily. It was first described by Edward, Lord Stanley, in Salt's Voyage to Abyssinia in 1814 as "Chelicut kingfisher" Alaudo Chelicuti.

The genus name Halcyon comes from a bird in Greek legend generally associated with the kingfisher. There was an ancient belief that the halcyon nested on the sea, which it calmed in order to lay its eggs on a floating nest. The species' name chelicuti derives from Chelicut in Ethiopia, the location at which Stanley's type specimen was obtained.

This is a highly territorial bird which will chase off not only others of the same species, but also shrikes, doves and rollers. The territory may be up to three hectares (7.4 acres) in size, and hold 100 tall trees. It is surveyed from a treetop by its owner, who sings from before dawn intermittently until after midday. 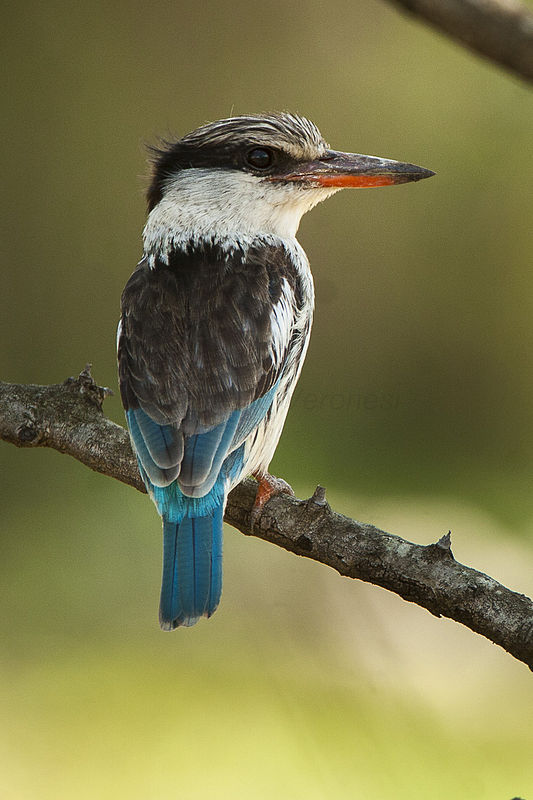