The palm-nut vulture (Gypohierax angolensis) or vulturine fish eagle, is a large bird of prey in the family Accipitridae (which also includes many other diurnal raptors such as kites, buzzards and harriers, vultures, and eagles). It is the only member of the genus Gypohierax. Unusual for birds of prey, it feeds mainly on the fruit of the oil palm, though it also feeds on crabs, molluscs, locusts, and fish, and has been known to occasionally attack domestic poultry and bats.

This bird is an Old World vulture (only distantly related to the New World vultures, which are in a separate family, the Cathartidae).

It breeds in forest and savannah across sub-Saharan Africa, usually near water, its range coinciding with that of the oil palm. It is quite approachable, like many African vultures, and can be seen near habitation, even on large hotel lawns in the tourist areas of countries such as the Gambia. 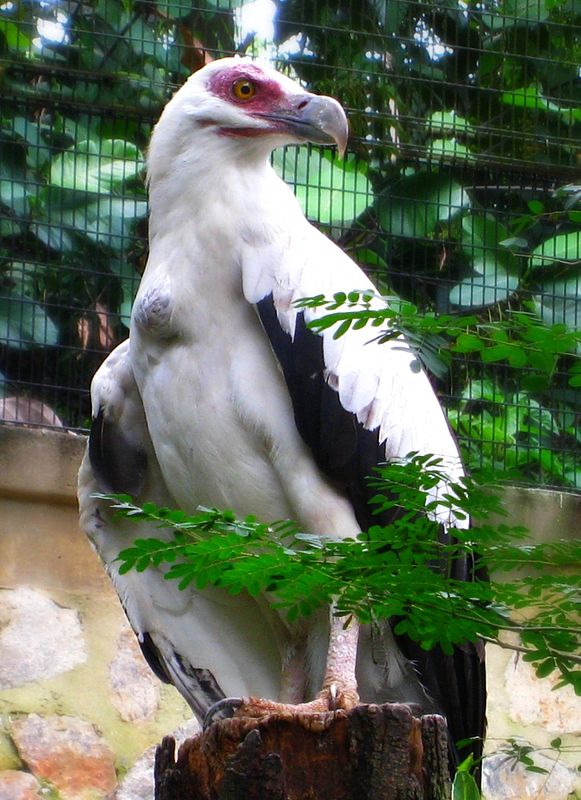