The galah /ɡəˈlɑː/ (Eolophus roseicapilla) also known as the rose-breasted cockatoo, galah cockatoo, roseate cockatoo or pink and grey, is one of the most common and widespread cockatoos, and it can be found in open country in almost all parts of mainland Australia.

It is endemic on the mainland and was introduced to Tasmania, where its distinctive pink and grey plumage and its bold and loud behaviour make it a familiar sight in the bush and increasingly in urban areas. It appears to have benefited from the change in the landscape since European colonisation and may be replacing the Major Mitchell's cockatoo in parts of its range.

The term galah is derived from gilaa, a word found in Yuwaalaraay and neighbouring Aboriginal languages. 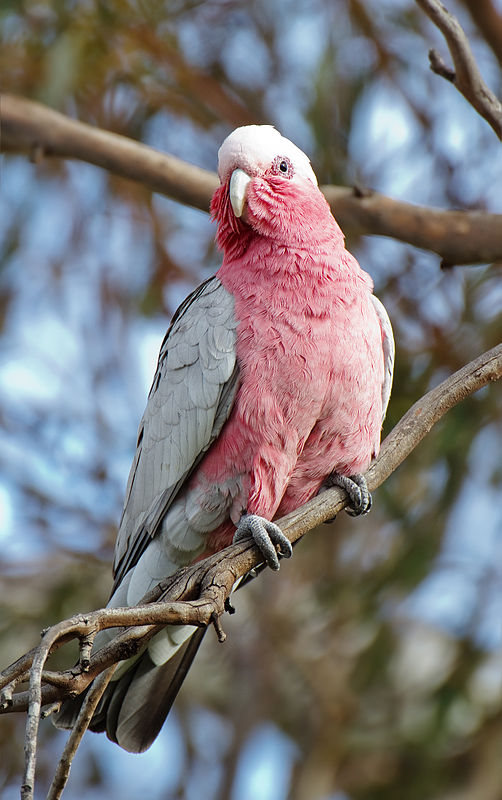