The golden-breasted bunting (Emberiza flaviventris) is a passerine bird in the bunting family Emberizidae. It occurs in dry open woodlands in Africa south of the Sahara, but is absent from the equatorial forest belt.

There are three subspecies:

E. f. flaviventris, the nominate form, occurs from in the rest of the range from the Cape to southernmost Sudan.

E. f. flavigaster occurs in a narrow belt across the southern edge of the Sahara, and its range is discontinuous with the other subspecies. 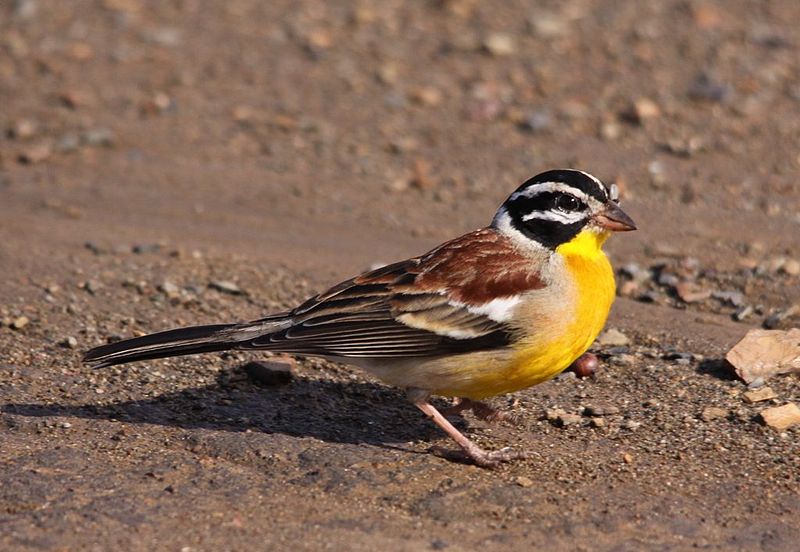