The black-fronted dotterel (Elseyornis melanops) is a small, slender plover that is widespread throughout most of Australia, to which it is native, and New Zealand, where it self-introduced in the 1950s.

It is common in freshwater wetlands, around the edges of lakes and billabongs, and in shallow, temporary claypan pools. It is also found occupying saline mudflats and estuaries, but rarely. They are generally sedentary, with a single bird, a pair, or a family group occupying a stretch of habitat on a more or less permanent basis. However, some individuals appear to travel considerable distances, and flocks will sometimes congregate in food-rich areas.

Unlike many other wading birds, black-fronted dotterels retain the same plumage all year round, which makes identification easier. They forage in a series of short running motions, holding the body horizontal, stopping to peck from time to time with a rapid bobbing motion. Their diet consists of mostly insects and other small creatures, supplemented by a few seeds. 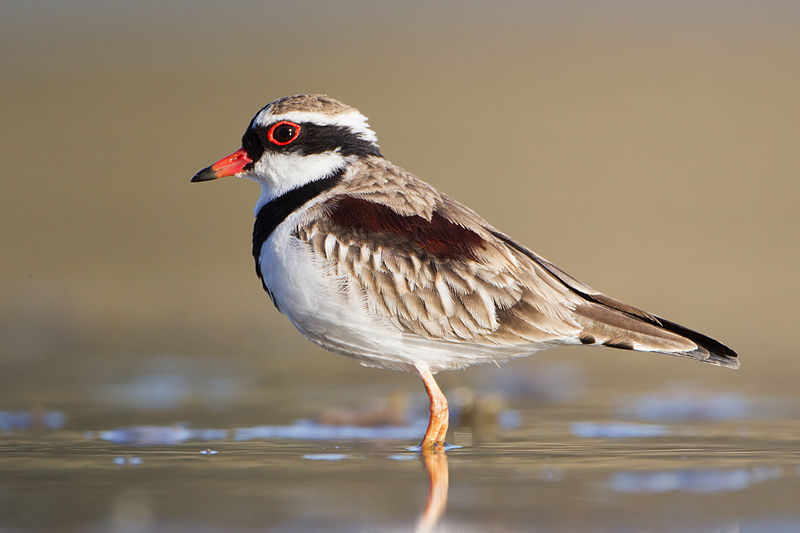