The spangled drongo (Dicrurus bracteatus) is a bird of the family Dicruridae. it is the only drongo to be found in Australia where it can be recognised by its black, iridescent plumage and by its characteristic forked tail. It feeds on insects and small vertebrates, and its comical behaviour has led to the use of the word "drongo" to refer to an "idiot". It has complex and varied calls and is a mimic of the sounds it hears. It arrives in Queensland in late spring and breeds high in an isolated tree, producing three to five young each year. 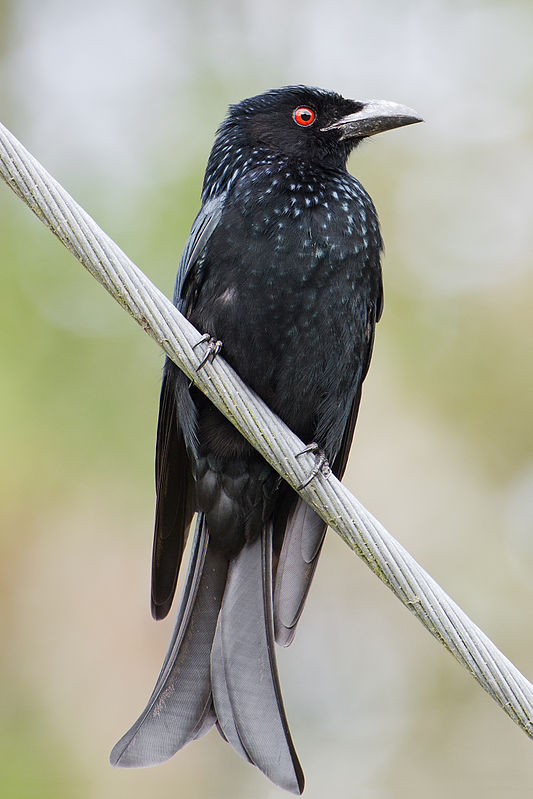