The olive sunbird (Cyanomitra olivacea) is a species of sunbird found in a large part of Africa south of the Sahel. It prefers forested regions, and is absent from drier, more open regions such as the Horn of Africa and most of south-central and south-western Africa. It is sometimes placed in the genus Nectarina. 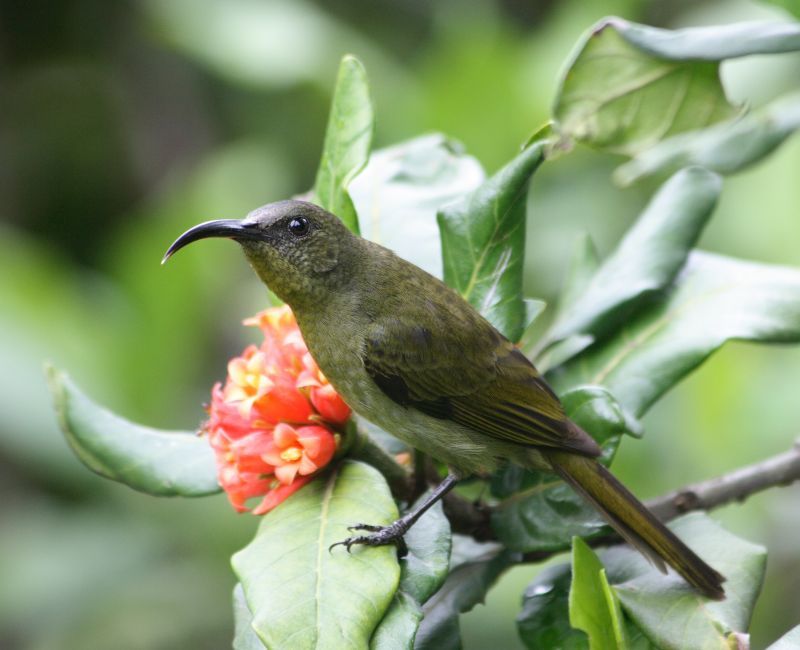