The yellow-fronted canary (Crithagra mozambicus), also called Yellow-eyed Canary, is a small passerine bird in the finch family. It is known elsewhere and in aviculture as the green singing finch.

This bird is a resident breeder in Africa south of the Sahara Desert. Its habitat is open woodland and cultivation. It nests in trees, laying 3–4 eggs in a compact cup nest.

The yellow-fronted canary is 11–13 cm in length. The adult male has a green back and brown wings and tail. The underparts and rump are yellow, and the head is yellow with a grey crown and nape, and black malar stripe. The female is similar, but with a weaker head pattern and duller underparts. Juveniles are greyer than the female, especially on the head.

The yellow-fronted canary is a common, gregarious seedeater. Its song is a warbled zee-zeree-chereeo. 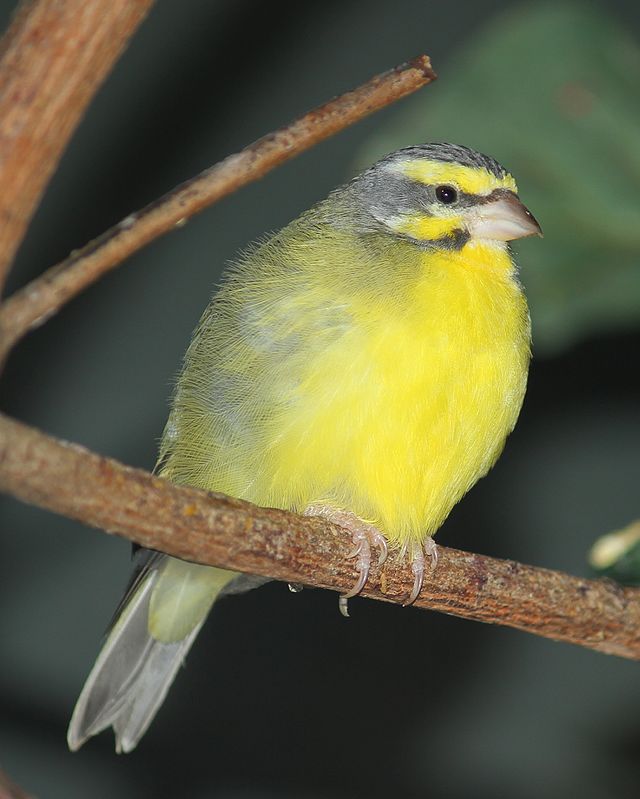