The common wood pigeon (Columba palumbus) is a large species in the dove and pigeon family. It belongs to the Columba genus and, like all pigeons and doves, belongs to the family Columbidae. It is locally known in southeast England as the "culver"; This name has given rise to several areas known for keeping pigeons to be named after it, such as Culver Down.

The genus name Columba is the Latin word meaning "pigeon, dove", whose older etymology comes from the Ancient Greek κόλυμβος (kolumbos), "a diver", from κολυμβάω (kolumbao), "dive, plunge headlong, swim". Aristophanes (Birds, 304) and others use the word κολυμβίς (kolumbis), "diver", for the name of the bird, because of its swimming motion in the air. The specific epithet palumbus is derived from the Latin palumbes, "wood pigeon". 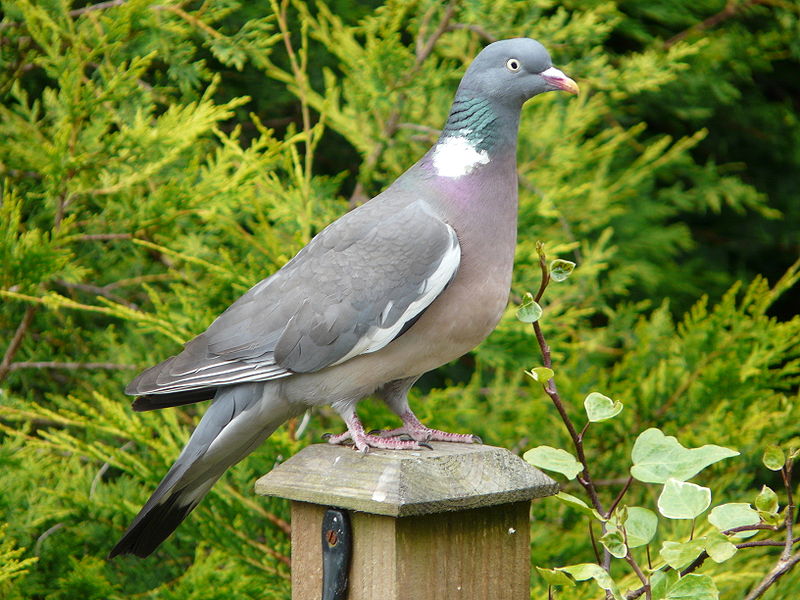