The silver gull (Chroicocephalus novaehollandiae) is the most common gull seen in Australia. It has been found throughout the continent, but particularly at or near coastal areas.

The silver gull should not be confused with the herring gull, which is called "silver gull" in many other languages (scientific name Larus argentatus, German Silbermöwe, French Goéland argenté, Dutch zilvermeeuw), but is a much larger, robust gull with no overlap in range. 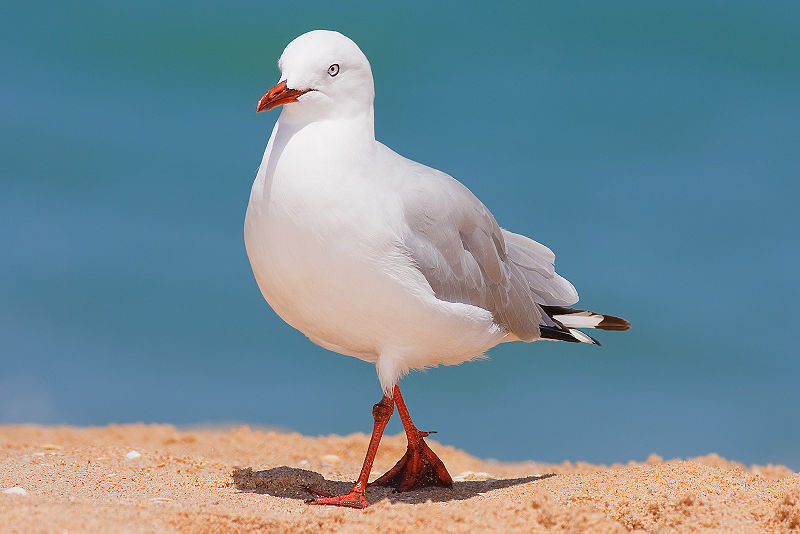