It builds its nest in a tree, and lays 2–3 eggs. This species eats insects, fruit and nectar.

The male is green-bodied with a yellow-tinged head, black face and throat. It has a blue moustachial line. The female differs in that it has a greener head and blue throat, and young birds are like the female but without the blue throat patch.

Like other leafbirds, the call of Jerdon's leafbird consists of a rich mixture of imitations of the calls of various other species of birds. 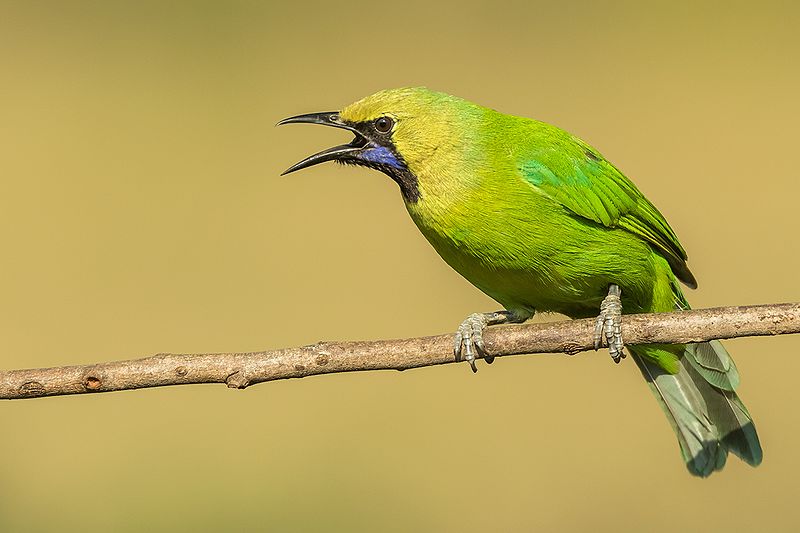