The killdeer (Charadrius vociferus) is a medium-sized plover. The genus name Charadrius is a Late Latin word for a yellowish bird mentioned in the fourth-century Vulgate. It derives from Ancient Greek kharadrios a bird found in ravines and river valleys (kharadra, "ravine"). The specific vociferus is Latin and comes from vox, "cry" and ferre, "to bear".

The adults have a brown back and wings, a white belly, and a white breast with two black bands. The rump is tawny orange. The face and cap are brown with a white forehead. The eyering is orange-red. The chicks are patterned almost identically to the adults, and are precocial — able to move around immediately after hatching. The killdeer frequently uses a "broken wing act" to distract predators from the nest. It is named onomatopoeically after its call. 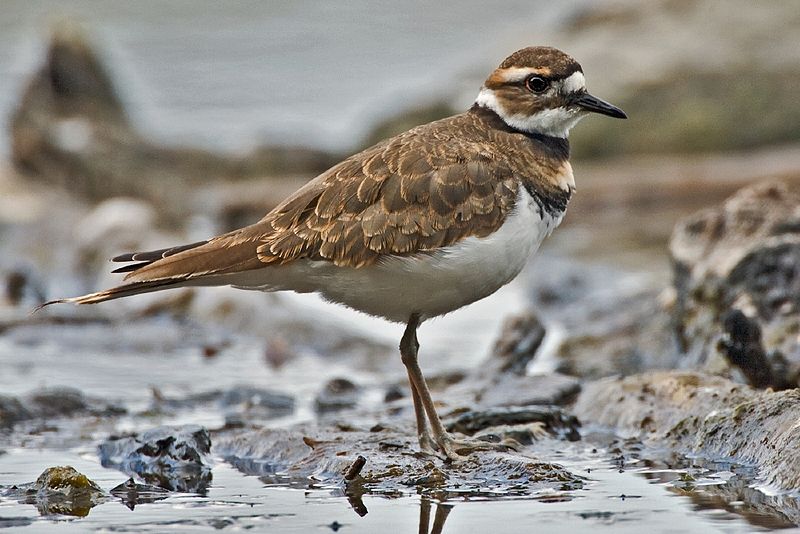