It is found in the undergrowth of wet mountain oak forests and second growth, typically from above 1350 m altitude to patches of scrubbery beyond the timberline. The nest is a bulky lined cup constructed 1–5 m high in a scrub or small tree, and the typical clutch is 2 brown-blotched greenish-blue eggs.

The juvenile is darker on the head and underparts, has a brown breast band, and the belly is marked with brown. The birds in the Chiriqui mountains of western Panama are slightly more rufous above and paler below than the Costa Rican population, and are sometimes considered as a subspecies, C. g. accentor.

The black-billed nightingale-thrush will normally forage low in vegetation or on the forest floor, alone on in pairs, progressing in hops and dashes with frequent stops. It turns leaf litter in typical thrush fashion seeking insects and spiders, and also eats many small fruits. Despite its habitat, this species is tame and often confiding.

The black-billed nightingale-thrush's song is up to three flute-like tones followed by a jumbled trill, and the call is a high thin seet. 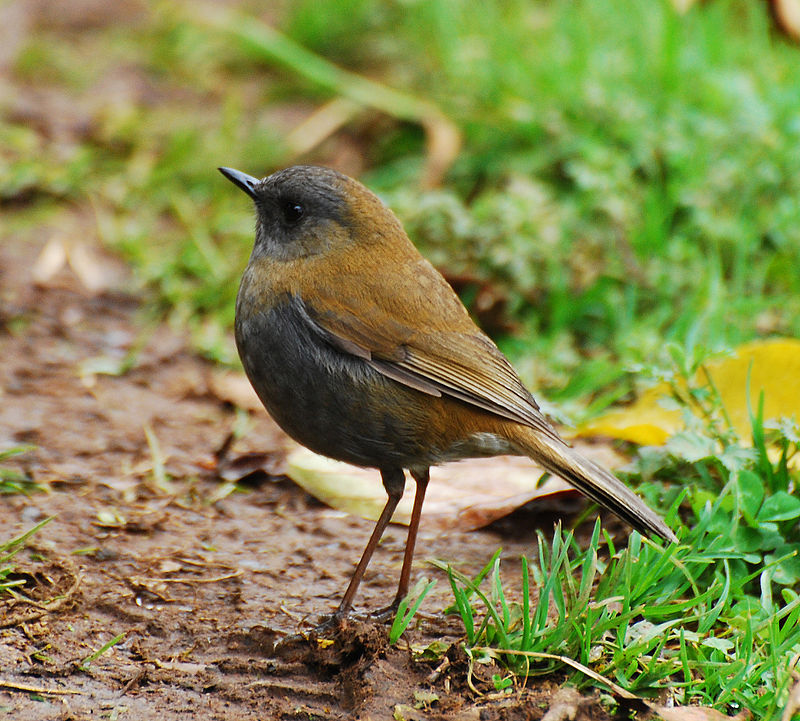