The dunlin (Calidris alpina) is a small wader, sometimes separated with the other "stints" in Erolia. The English name is a dialect form of "dunling", first recorded in 1531–2. It derives from "dun", "dull brown ", with the -ling suffix meaning "concerned with". The genus name is from Ancient Greek kalidris or skalidris, a term used by Aristotle for some grey-coloured waterside birds. The specific alpina is from Latin and means "of high mountains", in this case referring to the Alps.

It is a circumpolar breeder in Arctic or subarctic regions. Birds that breed in northern Europe and Asia are long-distance migrants, wintering south to Africa, southeast Asia and the Middle East. Birds that breed in Alaska and the Canadian Arctic migrate short distances to the Pacific and Atlantic coasts of North America, although those nesting in Northern Alaska overwinter in Asia. Many dunlins winter along the Iberian south coast. 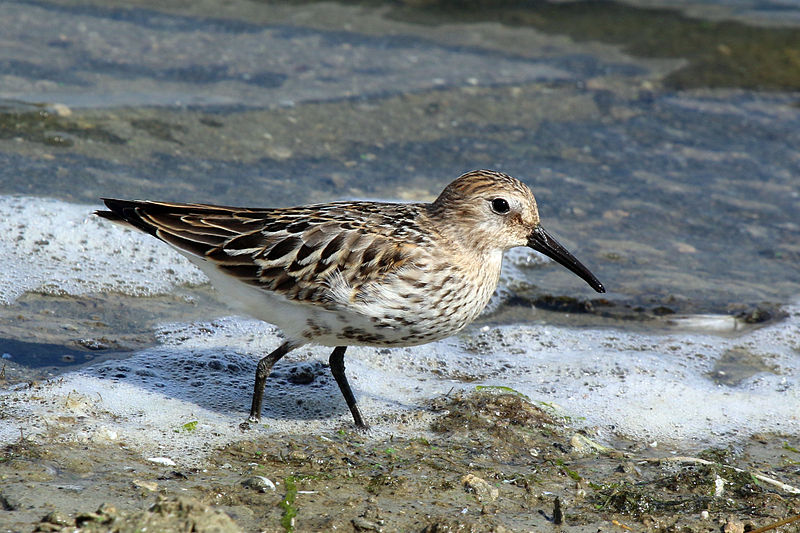