The red-capped lark, Calandrella cinerea, is a small passerine bird. This lark breeds in the highlands of eastern Africa southwards from Ethiopia and northern Somalia. In the south, its range stretches across the continent to Angola and south to the Cape in South Africa.

This is a species of short grassland including fallow agricultural areas. In eastern Africa, it is found in the highlands, normally above 1000 m, but it occurs down to sea level in suitable habitat in the cooler south of its extensive range.

The nest is a deep open, cup, which is set into the ground, and is usually situated close to a grass tuft, stone or mound. The nest is lined with fine grass and rootlets. The red-capped lark breeds all year round, but mainly September to December. 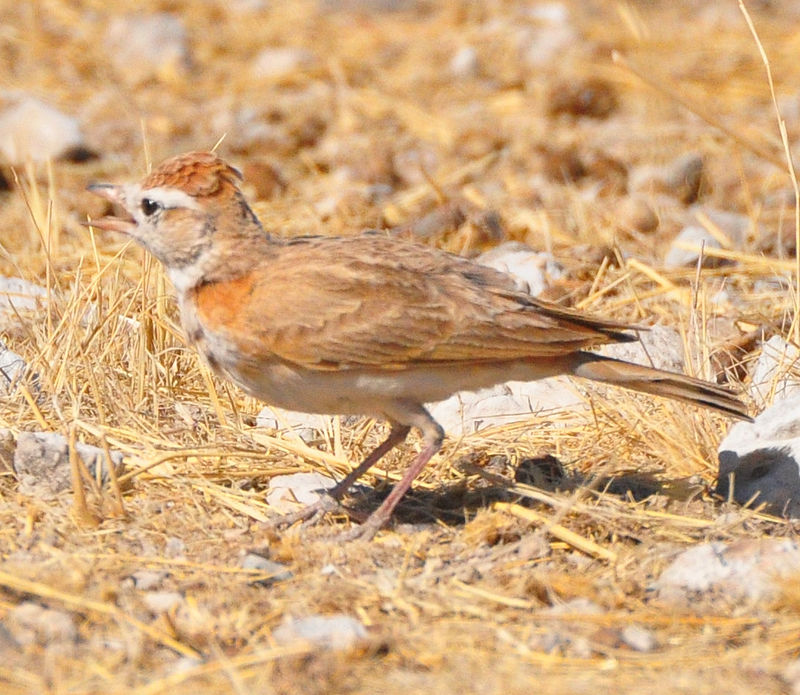