The bufflehead (Bucephala albeola) is a small American sea duck of the genus Bucephala, the goldeneyes. This species was first described by Linnaeus in his Systema naturae in 1758 as Anas albeola.

The genus name is derived from Ancient Greek boukephalos, "bullheaded", from bous, "bull " and kephale, "head", a reference to the oddly bulbous head shape of the species. The species name albeola is from Latin albus, "white". The English name is a combination of buffalo and head, again referring to the head shape. This is most noticeable when the male puffs out the feathers on the head, thus greatly increasing the apparent size of the head. 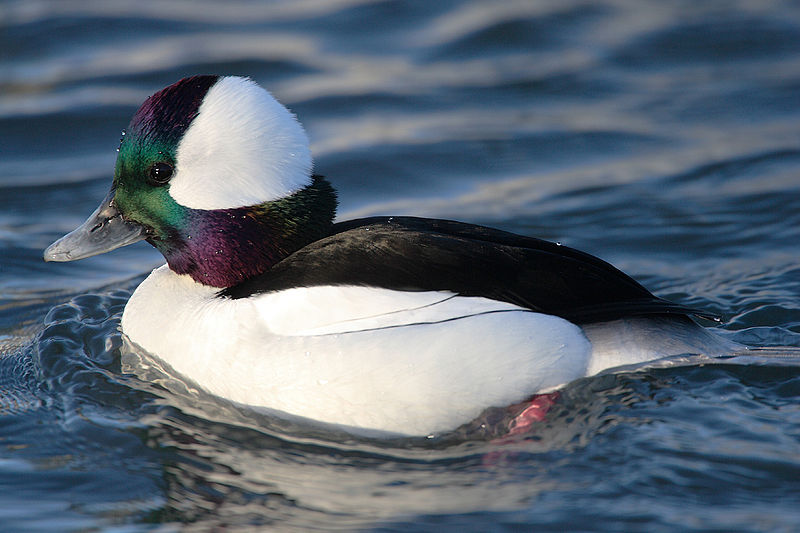