The marsh owl (Asio capensis) is a species of owl which is a mainly resident breeder in Africa and Madagascar.

This species is a part of the larger grouping of owls known as typical owls, Strigidae, which contains most species of owl. The other grouping is the barn owls, Tytonidae.

It hunts over open country, often by day. Its food is mainly insects, but it will take small mammals, such as rodents, and birds.

The marsh owl is 35–37 centimetres (14–15 in) in length with an 82–99 centimetres (32–39 in) wingspan. It is similar to the slightly larger short-eared owl. It has yellow eyes with a black iris, and short ear-tufts which are not usually visible. It is distinguished from its relative by its dark brown plumage, and almost unstreaked upperparts. It is long winged, and glides slowly on stiff wings when hunting. It will often perch on the ground or low posts.

The call is a frog-like kaar or rasping whistle "shrss". 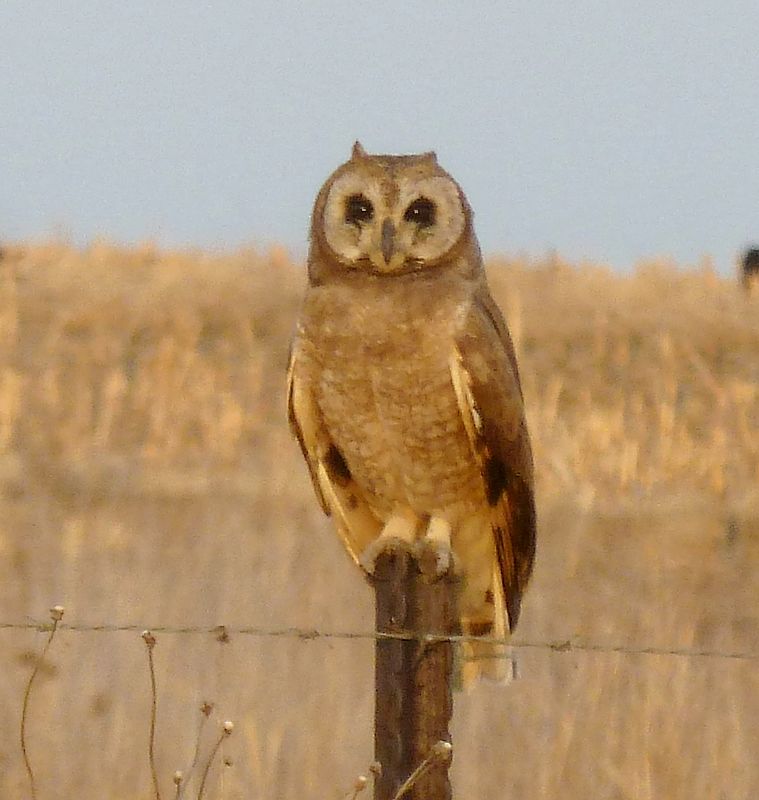