The red-headed finch (Amadina erythrocephala) (also known as the paradise finch or the red-headed weaver) is a common species of estrildid finch found in Africa. It has an estimated global extent of occurrence of 1,600,000 km2. It is found in Angola, Botswana, Lesotho, Namibia, South Africa and Zimbabwe.

Males have vibrant red heads and chests while the females are duller. The resemblance to the cut-throat finch is unmistakable. The red-headed and cut-throat finch are the only members of the genus Amadina. Amadinas with their heavy beaks resemble members of the Lonchura, so they are actually more closely related to the Pytilias such as the Melba finch. 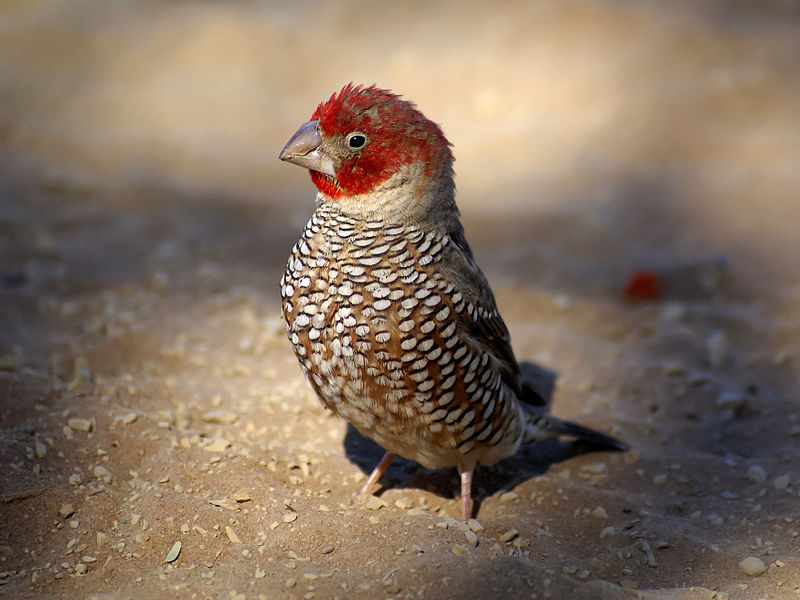