Bank myna (Acridotheres ginginianus), called "Sharak" in Punjabi, is a myna found in South Asia. It is smaller but similar in colouration to the common myna but differs in having a brick red bare skin behind the eye in place of yellow. It is greyer on the underside and in this and in the presence of a slight tuft of feathers bears some resemblance to the jungle myna. They are found in flocks on the plains of northern and central India, often within towns and cities. Their range appears to be extending southwards in India. The name is derived from their habit of nesting almost exclusively in the earthen banks of rivers where they excavate holes and breed in large colonies. 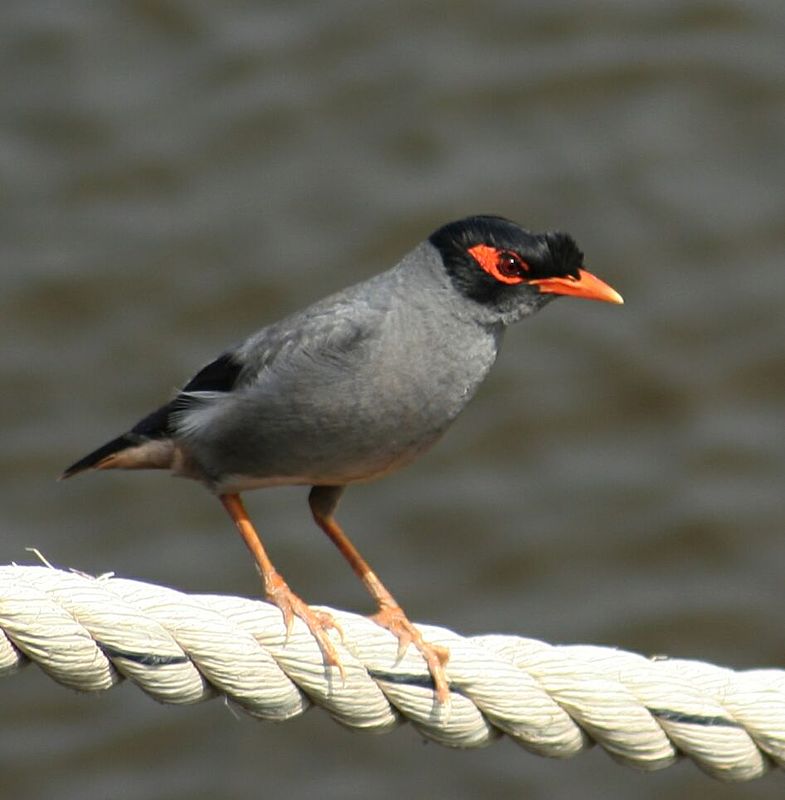