The buff-rumped thornbill (Acanthiza reguloides) is a species of thornbill found in open forest land in east Australia, specifically around Sydney, south of Chinchilla and east of Cobar in an area of 1,000,000–10,000,000 km². The buff-rumped thornbill is found in temperate or subtropical/tropical moist environments living and feeding amidst the ground foliage, hence the term "buff-rump". However they are known to prefer nesting sites in areas above ground level, particularly amongst the bark of trees, one to two metres above the ground. Of a similar size to other thornbills, 8–10 cm long, the buff-rumped thornbill is identifiable by its "buff-coloured rump and belly" and white irides in its eye.

Since 1926 the buff-rumped thornbill and the varied thornbill (A. squamata) have been combined as a single species., however this is despite considerable differences between extreme examples of the two groups. The buff-rumped thornbill is described as 'uncommon' on some occasions however it is not deemed to be endangered and has been in the low risk category for the International Union for Conservation of Nature and Natural Resources since 1988. 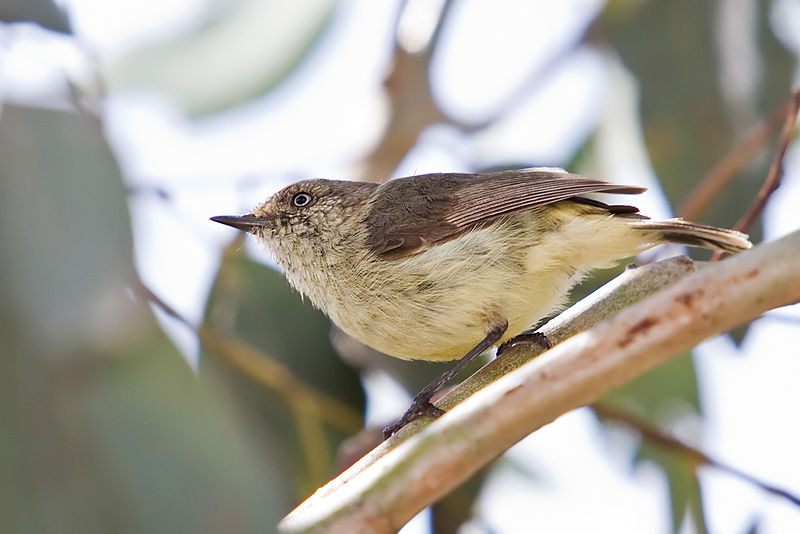