The lesser redpoll (Acanthis cabaret) is a small passerine bird in the finch family, Fringillidae. It is the smallest, brownest, and most streaked of the redpolls. It is sometimes classified as a subspecies of the common redpoll (Acanthis flammea) but has recently been split from that species by the British Ornithologists' Union. It is native to Europe and has been introduced to New Zealand. Many birds migrate further south in winter, but the mild climate means that it can be found all year round in much of its range, and may be joined by the other two redpoll species in winter. 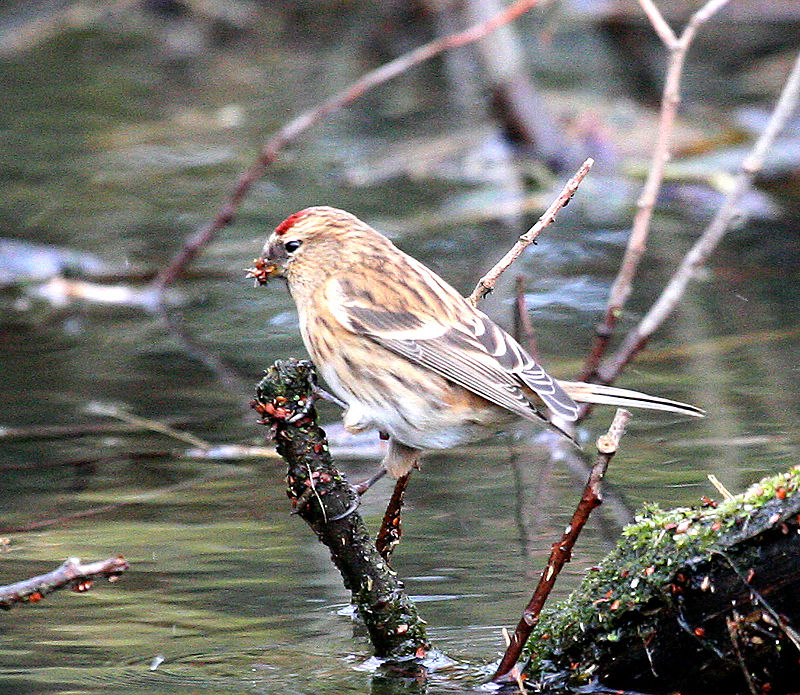